Why say no to fighter jets?

The purpose of these jets is to drop bombs and kill people. Canada's current stock of fighter jets has spent the last few decades bombing Afghanistan, Libya, Iraq, Serbia, and Syria, prolonging violent conflict and contributing to massive humanitarian and refugee crises. These operations had an immediate deadly toll on human life (disproportionally children), and killed many more by destroying vital civilian infrastructure.

An upfront cost of $19 billion. At least $77 billion over the lifespan of the jets. The second most expensive procurement in Canadian history. That's money we need for healthcare, education, housing, clean water, and to address the true global threats we face, none of which can be bombed.

Jet fuel emissions are already enormous and accelerating the climate crisis. These new jets will lock us in to massive, deadly carbon emissions for the next 30 years, making any of Canada's climate targets impossible to achieve.

On January 9th, 2023, Canadian Defense Minister Anita Anand announced that Canada is officially buying 88 F-35 fighter jets from American weapons giant Lockheed Martin in a phased approach despite widespread opposition & controversy. Despite our disappointment in this development, the #NoFighterJets movement isn’t going anywhere. Rather, we will continue to mobilize against Canada’s procurement of F-35 warplanes designed to destroy people, ecosystems, and infrastructure at home and abroad. Read more.

Peace activists will be on the streets from January 6-8, demanding that the Trudeau say no to the F-35 fighter jet deal. The No Fighter Jets campaign encourages peace-loving people across Canada to join demonstrations and activities across Canada for the weekend of action from or to organize your own actions.

To learn more and join us, check out the weekend of action homepage here.

On December 22, Global News and La Presse reported that the Canadian government is planning on signing a contract with Lockheed Martin early in the new year. According to a leak by federal government officials, the Department of National Defence has received approval to buy the F-35s despite years of widespread opposition from Canadian citizens, celebrities and parliamentarians. As such, the movement to #DropTheF35Deal and push for #NoFighterJets is as urgent as ever.

Read the Coalition’s response to these developments and more here.

We Fixed Your Ad for You, Lockheed Martin. You’re Welcome.

The world’s biggest weapons company, Lockheed Martin has paid a fortune to get their ads and lobbyists in front of Canadian politicians. We may not have their budget or resources but we’re still pushing back on Lockheed’s propaganda and Canada’s planned purchase of 88 F-35 fighter jets. Learn more here.

Rejecting Lockheed Martin and their fighter jets at rallies and actions in Montreal, Ottawa, Halifax, and Collingwood

Read coverage of the Ottawa rally in the Ottawa Citizen here.
Read about the Montreal rally here.
Learn more about the Global Mobilization to #StopLockheedMartin from April 21-28 here.

As the Trudeau government plans to buy 88 new fighter jets for a price tag of $19 billion, the second most expensive procurement in Canadian history, WILPF Canada is sounding the alarm.

WILPF Canada is releasing a new 48-page report Soaring: The Harms and Risks of Fighter Jets and Why Canada Must Not Buy a New Fleet. The report examines the past and present harmful impacts, including environmental, climate, nuclear, financial, socio-cultural and gender-based, of fighter jets and the air force bases where they are stationed.

With this report, WILPF Canada is calling on the federal government to be transparent with Canadians and with Indigenous communities about the adverse impacts and the full costs of a new fleet of fighter jets. We are asking the federal government to conduct and publicize a full life-cycle cost analysis, an environmental assessment, a public health study and a gender-based analysis of the fighter jet procurement before any final decision is made.

The Liberals are moving towards acquiring 33% more F-35’s than even Harper’s Conservatives had planned to purchase. But the NDP has been largely silent as the Liberals look set to break their promise on the costly warplane the NDP have long opposed.

Take a minute to send a letter to the NDP leader Jagmeet Singh, NDP Defence Critic Lindsay Mathyssen, and all NDP MPs calling on them to start raising questions about the Liberal’s fighter jet plans.

The #NoNewFighterJets Canada-Wide Week of Action is on!

The No Fighter Jets Canada-Wide Week of Action has begun! from November 22-26 we’re protesting to stop the federal government from buying 88 new fighter jets for $77 billion.

Learn more and join an action near you!

Over 100 public figures have joined us in asking Justin Trudeau and the Defense Minister to spend $77 billion on ensuring a just recovery instead of on new fighter jets! Read the letter and join them here!

Here’s a sneak peek of some of the campaign’s recent media coverage.

Lately we’ve been noticing Lockheed Martin fighter jet ads everywhere, and we know they’re especially targeted at Canadian politicians. So we fact-checked one and placed the ad where tens of thousands of folks across Canada would see it – in online news media and on social media.

Help us make sure everyone who has seen Lockheed Martin’s ubiquitous ads also sees our fact-checked version by sharing it on twitter and facebook.

On February 25 2021 the No Fighter Jets Coalition launched our first report, detailing the true cost of the planned jet purchase.
Download the full report as a pdf here. 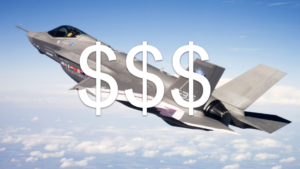 How much does a fighter jet really cost?

The Canadian government announced a starting price of $19 billion to replace its fleet of jets. This report estimates the true lifecycle cost of these jets as $77 billion and offers comparisons for what this cost could alternatively cover. 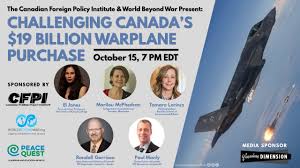 Are 88 new cutting-edge fighter jets required to protect Canadians? Or are they designed to enhance the air force’s ability to join belligerent US and NATO wars?

Media coverage of our campaign, reasons Canada should not purchase new jets, and the historic and present role of Canadian warplanes. Saab markets its Gripen fighter jet with the tagline: “It’s a human right to feel safe” 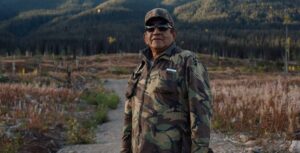 The history and ongoing struggle of Dene Su'lene' land defenders opposing the Cold Lake air force base and weapons range on Treaty 6, Treaty 8 and Treaty 10 lands. 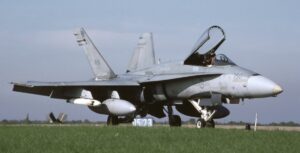 Boeing says buying its fighter jets would create employment in Canada, but even a cursory analysis shows a Green New Deal would create more jobs.

Canadian Voice of Women for Peace - No Fighter Jets Page

Resources on the planned jet purchase and info on the two Canada-wide Days of Action to stop it.

Despite polls that suggest most Canadians do not support warplanes used to kill and destroy things around the world, the federal government seems determined to spend tens of billions of dollars to expand that capability.

Send your MP a message! We do not need new fighter jets

Even former Deputy Minister of Defence Charles Nixon stated that Canada does not face any credible threats and “new Canadian fighters are not required to protect Canada’s populace or sovereignty.”

As the renowned writer George Monbiot put it "If ever there were a time to reassess the genuine threats to our security and separate them from the self-interested aims of the weapons industry, this is it." Click on the envelope image above to sign up to receive occasional campaign updates and opportunities to take action via our very low traffic email list.

Let's stop this together.